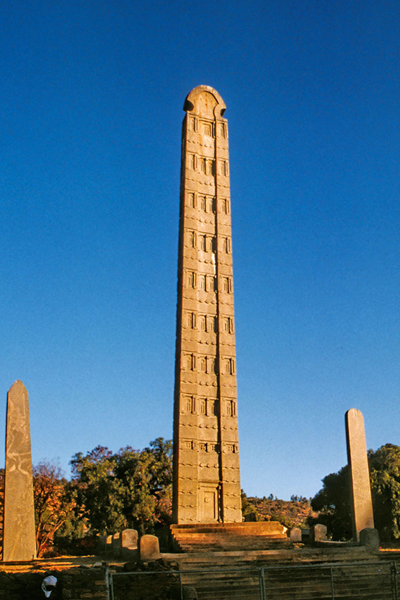 Axum: Axum was one of the four great powers in ancient world, along with China, Persia and Rome. It is during the 4th century that King Ezana of Axum introduced Christianity to Ethiopia as well as the first minting of coins.

The ancient town offers the obelisks (the large pieces of stone erected), tombs, monuments, castles, and Mariam Tsion church which is strongly believed by the Ethiopian orthodox believers that it resides the original arc of the covenant or the Tablet of Moses. A visit to Axum can be extended to the 800 BC pre-Axumite temple at Yeha, 55 km east of Axum, and a little further, the 7th century monastery at Debre Damo.