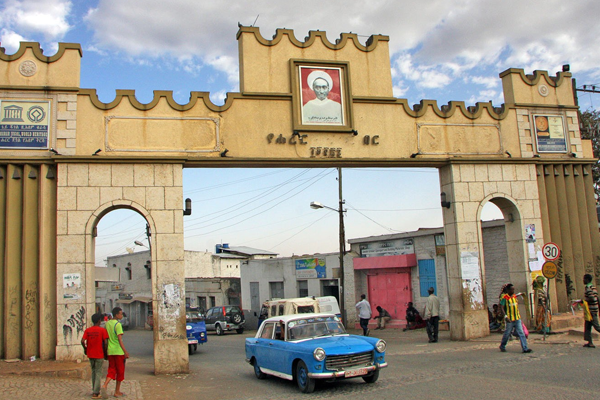 Harar: is a holy center for Muslims and is situated in Eastern Ethiopia. This walled city is a fascinating place, filled with Islamic and Christian history. The city’s location gives wonderful views of the surrounding country – the vast Danakil desert to the north, the fertile Harar Mountains to the west, and the cattle rich Ogaden plains to the south. With its 99 mosques, including the 16th century Grand Mosque with is beautiful twin towers and slender minaret, it is considered to be the fourth most holy city in Islam after Mecca, Medina and the Dome of the Rock in Jerusalem.

The 5 walls, Rimbaud museum, the colourful and well organized Harari tribe’s house and the Hyena man are the most important places of interest for visitors.

In addition, Medhane Alem church, built at the end of the 19th century, is in the town centre and contains excellent examples of traditional regional art. The 16th century Grand Mosque, with is beautiful twin towers and slender minaret lies on the road to the Erer Gate (Women are not permitted inside the mosque). The Ahmar Mountains around Harar produce some of the best coffee in Ethiopia.