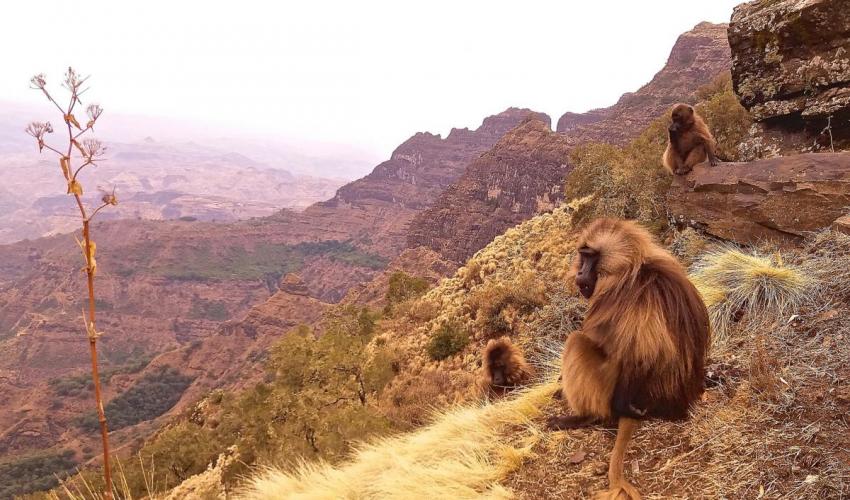 Located in the Afar Region, the park's 4730 square kilometres of territory include Mount Yangudi and the surrounding Rassa Plains, with altitudes from 400 to 1459 meters above sea level. This national park was proposed in 1977 in specific to protect the African Wild Ass. Other animals endemic to the park include Beisa Oryx, Soemmering's and Dorcas gazelle, gerenuk and Grevy's zebra. The Awash – Asseb highway crosses the Yangudi Rassa National Park, as does the Awash River.

Lake Awassa: is the most studied of the Rift Valley Lakes in Ethiopia, and it is a freshwater lake which indicates that even though it does not have a visible outlet, the water must leave through a subterranean outlet. Set in a volcanic crater, it has an abundance of plankton and fish, and supports a large city of the same name that has grown up on its edges. With a mountainous backdrop and beautiful vegetation, this is a beautiful lake to spend a night by. There is also a dyke which was built to stop flooding, which is perfect for bird watching – walking along it, fish eagle, black-winged lovebirds, yellow-fronted parrots and Ethiopian oriole are a few of the many species of birds that can be seen.

Lake Ziway: is also a freshwater lake, and it has five islands of which one is said to have housed the Ark of the Covenant during 16century in order to protect it from an Islamic warrior named Gragn as nickname. The lake is fed by the Meki and Katar Rivers, but does not always have an outflow; sometimes it overflows into Lake Abiata. The lake has plenty of hippo in it, and has a healthy population of birds. With large numbers of Tilapia nilotica, a fish that can weigh up to 1.5 kg, the fishing industry does well here and the fish are served fresh in many of the restaurants in the nearby town. The fish also attract a large number of water-associated birds, which can be seen in the reed-lined fringes of the lake. Lake Abiata is to the south of Lake Ziway, and to the north there are a number of hot springs which are important to the locals, and are also a popular tourist attrNationwide. The lake is saline, and has recently undergone a decline in water level. This has resulted in the loss of fish-eating birds as the fish have died, but an increase in algae-eating birds such as greater and lesser flamingos.

Lake Langano:
Lake Langano is located 212 km South of Addis Ababa. It is a sand beach, popular resort for swimming aquatic sports, sunbathing camping and bird watching. The western side of the lake is covered with a thin acacia while the eastern shore is partially covered by dense forest patches.